Before the onset of the modern day currency, Kenya’s communities traded and exchanged goods and services, one to another or using intermediaries that had been accepted for trade. Various items have surfaced from archaeological findings that have shown a thriving trade culture existed in the past. These items found in archaeological sites have helped historians and anthropologists to map out the early trade economies and identify the extent of contact between various communities. Barter trade was one of the primary forms of trade during these early periods.

The African economy as a whole, traded by exchange of goods and services under the Barter trade system. Close communities in Kenya exchanged pastoral and agricultural commodities. Trade caravans which came when the Arabs landed at the coastal towns of Kenya and Tanzania, created long distance trade channels for exchange. Through these special caravans, the exchange of ivory, salt and iron boomed.

Goods from the coast and the Indian Ocean were exchanged for rice, millet and bananas for local consumption while rock crystal, ivory, and rhinoceros horn were shipped overseas. Clothes, ivory and beads were popular items of trade among East African communities. Various trade routes were born linking the different communities and creating new demand and supply chains for various products from the different regions. But, with no clear form of measuring how much a good was worth in exchange of another, the upper hand was left to the trader that was least in need. The lack of common currency facilitated the growth of barter, with communities exchanging what they needed with what they already had in surplus.

The use of proto currencies such as cowrie shells (Cypraea Moneta), cloth, wire and beads in the hinterland began to form a key component of money for exchange during the early periods. It was an advancement of the barter trading system which already had its challenges of sub-division. Proto currencies were a pre-cursor to formal currencies and they were easily portable and divisible, while their utility (largely associated with ornaments) ensured that they were widely acceptable. In fact, by 1902 the half-cent coin was introduced to replace the cowrie (nsimbi), which had been used in Uganda. Early use of currency in Kenya commenced with the Arab influence who were among the first to use currency as we know it. In Muscat, they used a silver coin called the Maria Theresa Thaler (MT$), first minted in Austria in 1741 and, not surprisingly, they continued using it when the Sultanate moved to Zanzibar in 1832. By the 1860s, sailing ships from the relatively recently independent United States of America started to frequent Zanzibar, bringing not only a coarse cloth (merikani) as a commodity but also using the United States Silver dollar.

Around the same period, the silver rupee minted by the British East India Company (1600-1858) was increasingly being used along the Indian Ocean coast as the monsoon-dependent dhow trade with India expanded. These two silver coins were of the same quality but of different weights hence the exchange rate was determined by the quantity of silver in each.

The British chartered company, the Imperial British East Africa Company (IBEA), got the concession to trade in the area referred to as Kenya today. They then issued the Pice, Rupees and Annas as the currency of the region.

However, IBEA went bankrupt resulting in the Foreign Office taking responsibility of the area. A single coin, the copper Pice was minted and was the only piece of currency to bear the name East Africa Protectorate and unlike the Imperial British East Africa (IBEA) coinage which used Latin on the face.

The Indian Rupees and some of the IBEA fractional coins that were silver were still in use and hence easily exchanged with equivalent Indian coins of the same denomination (given weight and fitness).

Penetration of coins and notes only started when construction of the railway commenced in Mombasa in May, 1896, to reach Port Florence – present day Kisumu – in December, 1901. The construction, largely the work of Indian labour meant familiarity with the use of rupee coins and notes. The use of these rupees inland was noted by the different communities, introducing words into their languages for currency. The Pice was the common unit of exchange giving rise to the word “Pesa”.  Inland, various ethnic communities adopted the imported terminologies referring to money such as:

Interestingly, the adoption of these new words had not occurred with the foot caravans, which relied on trade good exchange.

After the World War I, the East African Protectorate was not left out in trying to cope with the challenges of the post war, economic environment. Into this confused money market, a decision was made in December, 1919, to replace the Mombasa Currency Board with a London based East African Currency Board (EACB) which would cater for the existing Protectorates as well as the newly acquired responsibility of providing currency to the Tanganyika Trust Territory.  The new coins would be for “East Africa”. At the same time, it was considered opportune to change the currency from Rupees and Cents to a currency convertible to sterling, thereby severing the link with India and implicitly reducing the economic strength of the Asian community.

The newly established EACB introduced an intermediate currency based on the English Florin with the thought that it would ease the transformation from Rupee to Shilling.  The Florin would be the same size and shape as the Rupee and also be of silver substrate.  This then became the advent of the shilling in Kenya. The shilling was however interchangeably used with the pound at a rate of twenty shillings to the pound and eventually only shillings and cents were used to independence.

As the East African territories became independent in sequence from 1962 the EACB ceased to issue notes with the image of the monarch and removed her name from the coinage. There was a desire by the three East African countries to establish a common East African Central Bank. Interim currencies were therefore introduced by the EACB to circulate within the region.

For the banknotes, the interim currency was commonly known as the “Lake Issue” currency because of the background of Lake Victoria on the notes. The notes all showed a dhow on Lake Victoria which was common territory to the three countries. The Lake Victoria designed notes were in the denominations of 5, 10, 20 and 100 shillings. For the first time, use of Hindi on the notes was dropped and Swahili first featured on these common currencies. However, Arabic was retained.

The initial issue of Kenya shilling notes were in the denominations of 5, 10, 20, 50 and 100 shillings, all bearing the portrait of the first President of Kenya, Mzee Jomo Kenyatta, in the front, and diverse scenes of economic activities in Kenya at the back. These notes were the first using the double title of Banki Kuu ya Kenya and Central Bank of Kenya.

On April 10, 1967, new Kenya shilling coins were issued in the denominations of 5 cents, 10 cents, 25 cents, 50 cents and 1 shilling. The coins were minted by the Royal Mint of U.K. and made from cupro-nickel. Like the notes, the obverse featured the portrait of Kenya’s founding father, Mzee Jomo Kenyatta. The reverse however featured the Kenyan coat of arms, a theme that has remained a dominant feature to the present series of coins. 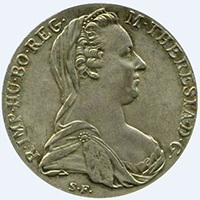 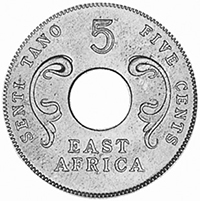 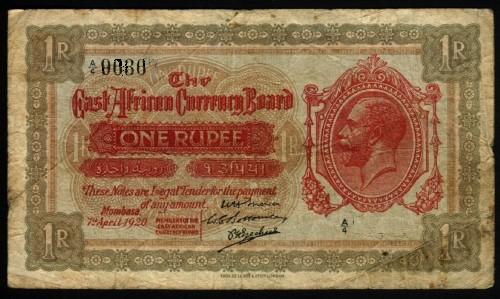 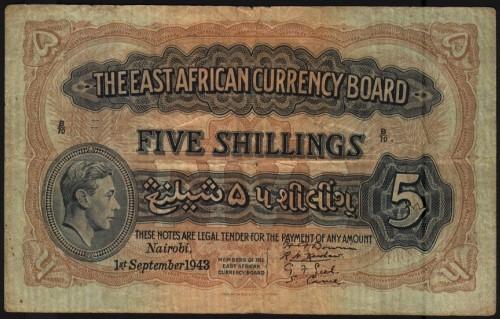 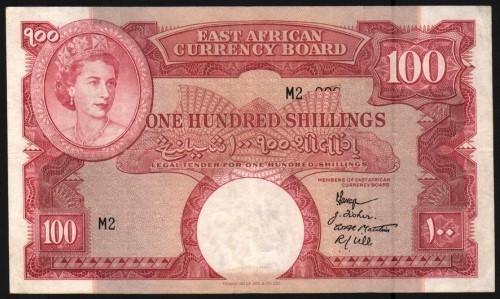 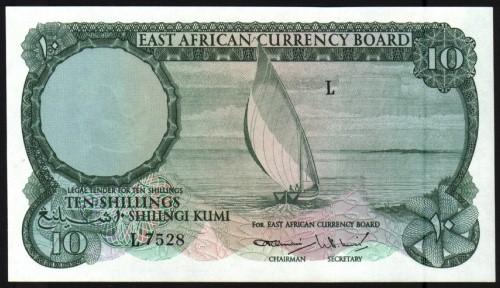 To mark some national and central banking events, the Central Bank of Kenya has and continues to issue special commemorative currencies. These special currencies are limited in number and are specifically printed or minted to celebrate an event or in honour of a person. They form a historical reference point and memento for the country. Due to their speciality and use of precious materials like gold or silver, these currencies become very unique attracting demand from numismatic collectors or other individuals.

Gold Coins 1978 – Marking the day Daniel Toroitich Arap Moi was sworn in as second President of the Republic of Kenya:

Silver Coins 1978 – Marking the day Daniel Toroitich arap Moi was sworn in as second President of the Republic of Kenya:

40 Years of Independence Gold Coin 5000 Shillings – Celebration of Kenya’s 40 years of independence in the year 2003: 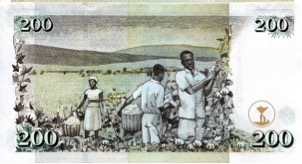 40 years of Independence 40 Shilling – This circulating coin was also issued to commemorate 40 years of independence: 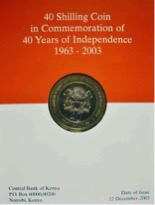